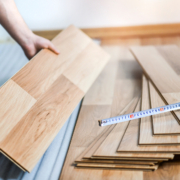 Recent home renovations? It’s important that you update your insurance broker and your policy to reflect the changes.

Who would have thought that home renovations would have been in such demand during, of all things, a global pandemic?! But, with so much time in lockdown and far less spent on vacations, it seems Canadians had a little extra to invest in home improvements. Regardless of the scope and scale of their home renovations, over 14% of the improvements were done on impulse. This begs the question, did they bother to inform their brokers and update their home insurance policies?

According to the How We Live report conducted by Aviva, many improvements made during the pandemic were not completed as part of a grander, long-term plan. Yet, in order to maintain coverage provisions, a homeowner must inform their insurance agent about any renovation plans that exceed $5000. These changes can include building an addition, completing a basement, or removing structural supports. Changes like these can change the rebuilding or replacement value of a home and may impact insurance coverage.

So, for the many Canadians who renovated in 2021, 11% to be exact, did they update their insurance brokers on the changes they made to their homes?

As for the breakdown of what the home renovations entailed in 2021, 56% were to backyards, 29% enhanced or built home offices, 23% completed their basements or added an entertainment area, 12% built playrooms, and 3% chose to build an addition. Non-essential upgrades, such as bathroom and kitchen improvements, and smaller projects that included flooring, windows, and doors, increased significantly as people, spending so much more time in their homes, were more inclined to notice imperfections.

According to previous Canadian Underwriter reporting, broken down by province, only 6% of British Columbians claimed to have reviewed their policies before beginning a home project. The same number of Ontarians looked into their coverage and only 5% of Albertans. Respectively, only 17%, 13%, and 14% got in touch with their insurance providers with updates after they completed their improvements.

Despite increasing inflation, rising interest rates, and volatility in the stock market, a new survey from HomeStars reports that Canadian homeowners have spent more on renovations over the past year than in those previous. Since mid-2021, homeowners spent, on average, $13,000 on indoor home renovations – almost $5000 more than the year before.

While more Canadians intend to pause home improvements this year, even with increased material and labour costs, it’s estimated that Canadian homeowners will double their total home renovation spending in the next 12 months.

Have you recently made upgrades to your home valued at more than $5000? Do you have home renovation plans? Talk to us!